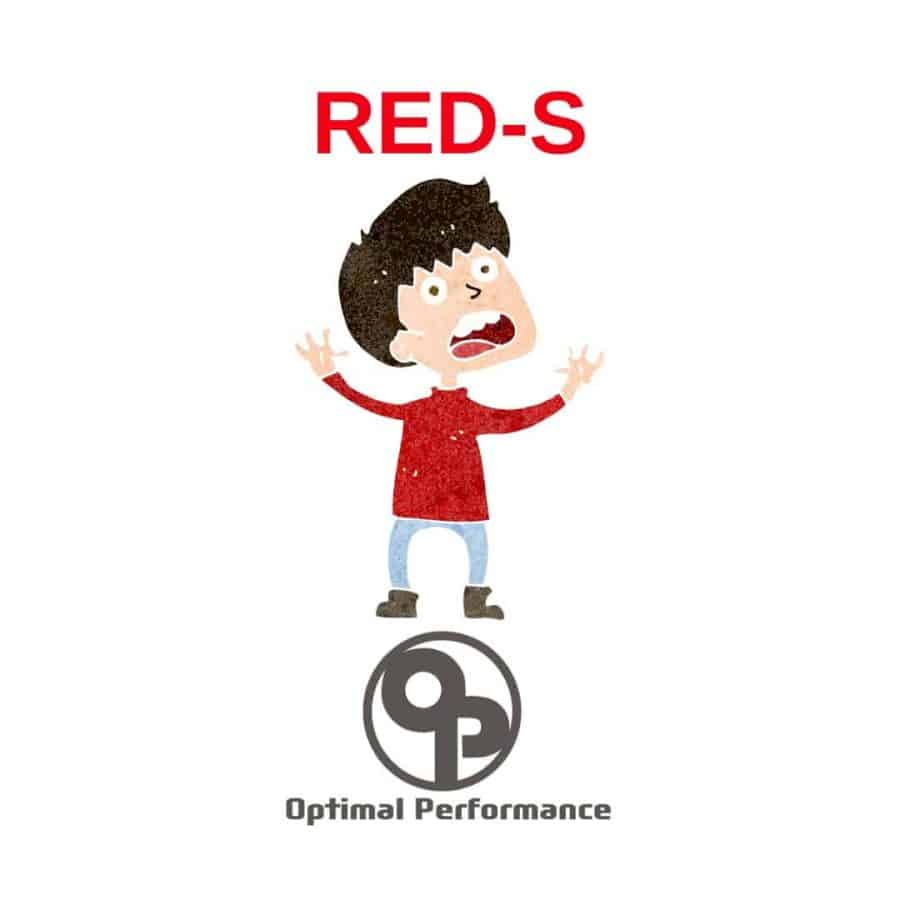 RED-s stands for Relative Energy Deficiency in sport and is a big impairment and limiting factor upon sporting performance and physique based targets. put simply RED-S occur through long term energy deficiency or low energy availability and can cause a whole host of health related problems.

This energy deficiency can be caused through a mismatch of energy intake and energy expenditure, a problem many females suffer with when targeting fat loss by eating super low calorie diets whilst taking there output in the gym through the roof spending hours running on the treadmill.

Spending long periods of time with this mismatch can begin to prevent normal physiological function.

Issues like decreased glycogen stores, irritability, impaired judgement, increased injury risk, poor performance and even depression can become prevalent. These are all issues you want to stay clear from. No physique based target is worth the risk of your health.

With the majority of the population now wanting cover model abs and the slim, slender bodies seen on photoshopped female targeted magazines, this increasing problem is one which needs combatting.

RED-S is most common in female athletes and can impact bone health, endocrine health, metabolic health and can even affect menstrual function. With many people now pushing the calorie deficit as the whole grail of fat loss it’s worth noting that education on how to sustain this deficit in a healthy manner and an action plan across the spread of the year to come away from one is very limited and is an issue which needs to be improved.

For females, it’s been noted that healthy physiological functioning can be found at a calorie intake of 45kcal/kg FFM (fat free mass), i.e. 2,340kcal for a 65kg female athlete with 20% body fat. However, the compromises in health and performance begins when they drop below 30kcal/kg FFM, which is 1,560kcal for the same 65kg female athlete (Loucks et al, 2003).

The difficulty in testing accurately for body fat % to know the amount of FFM you’re holding (i.e. the body weight that isn’t fat), this cut off point correlates quite nicely with your resting metabolic rate (RMR). So, if you’re an athlete who is training hard, it would be wise not to drop under your RMR calorie value.

As always, the trade off in sacrificing health and performance for physique is one which doesn’t seem to be going away.  Use the figures above as a rough guide to follow before the restriction in your diet beings to affect your health!